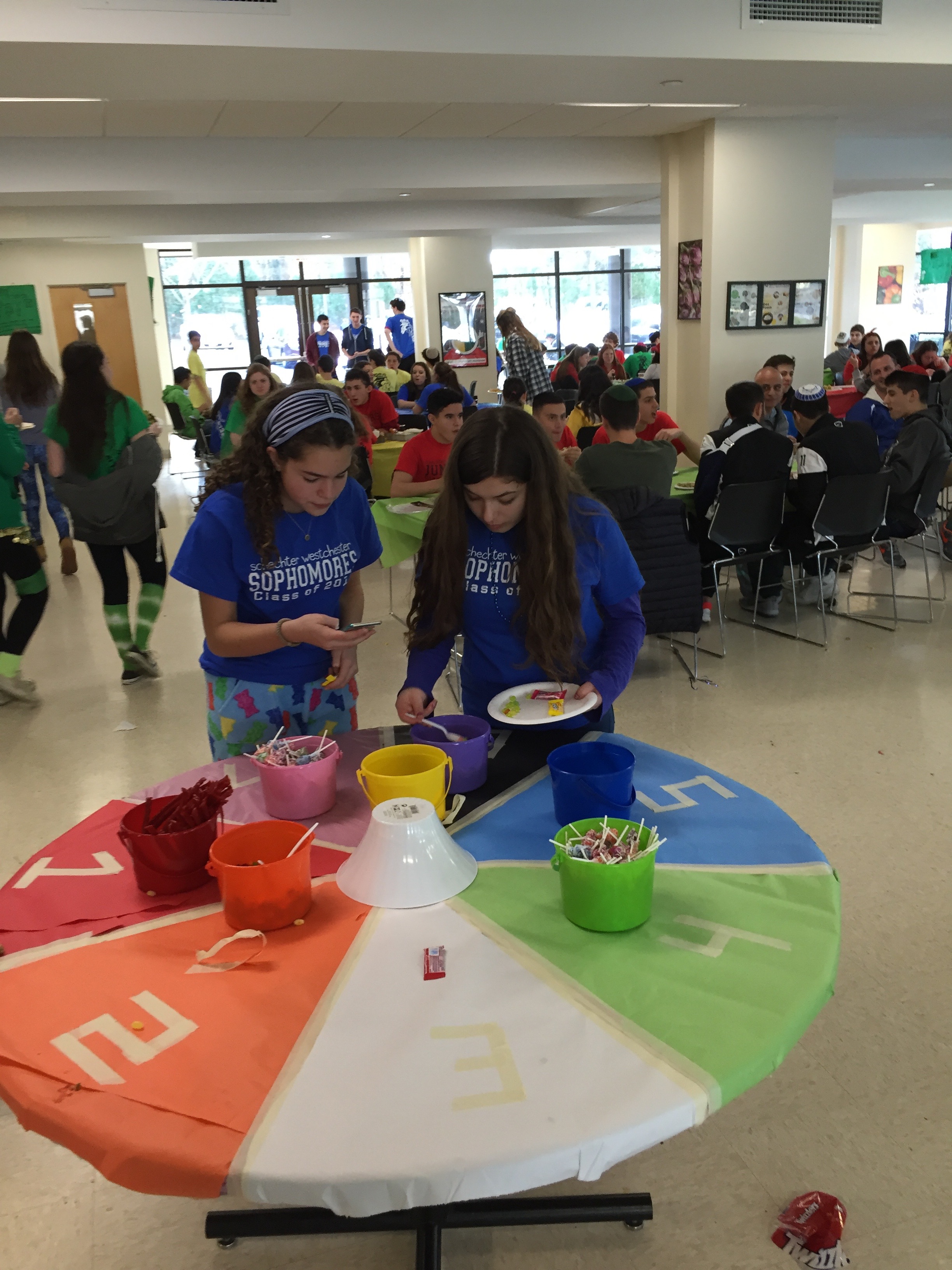 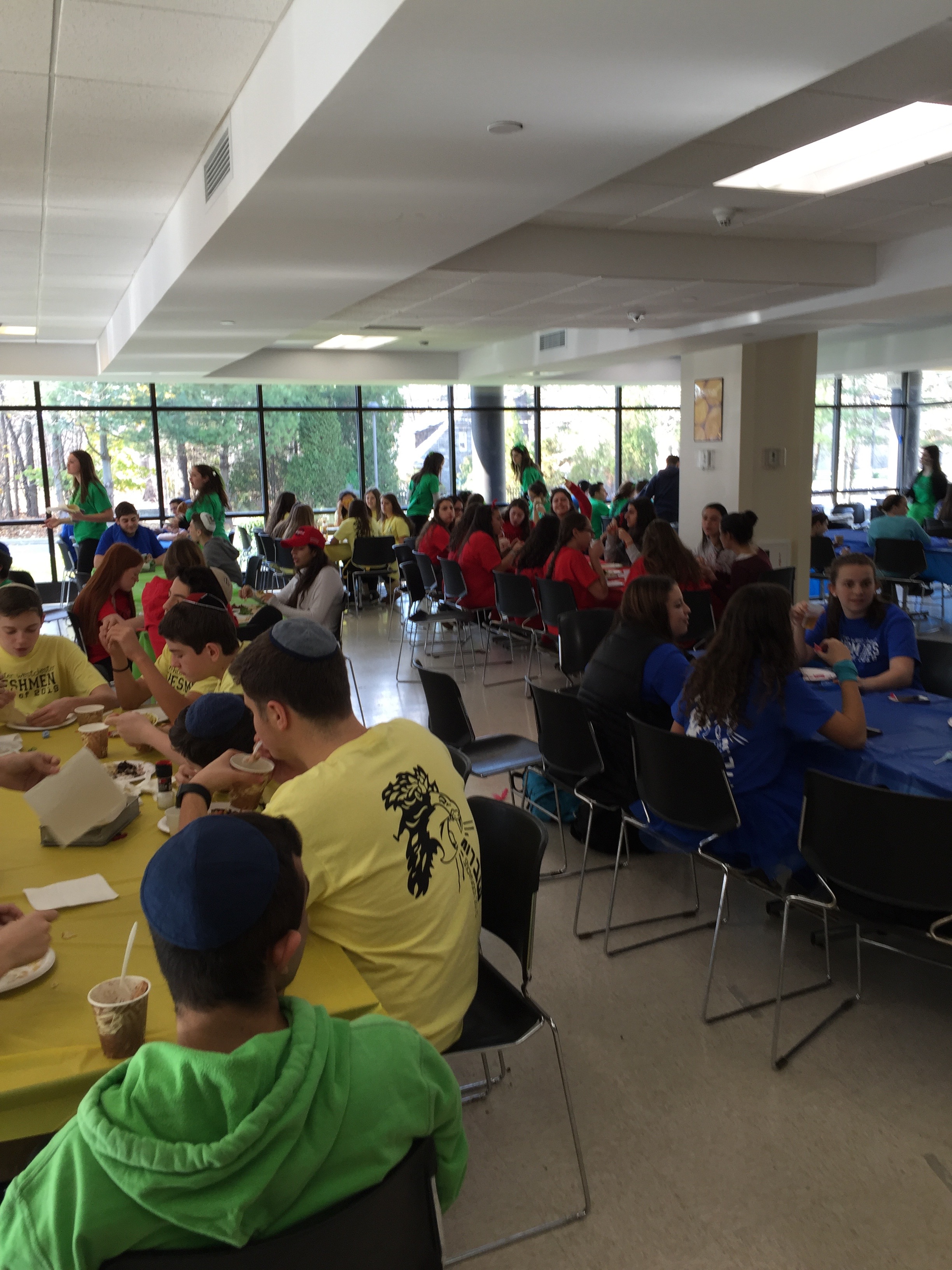 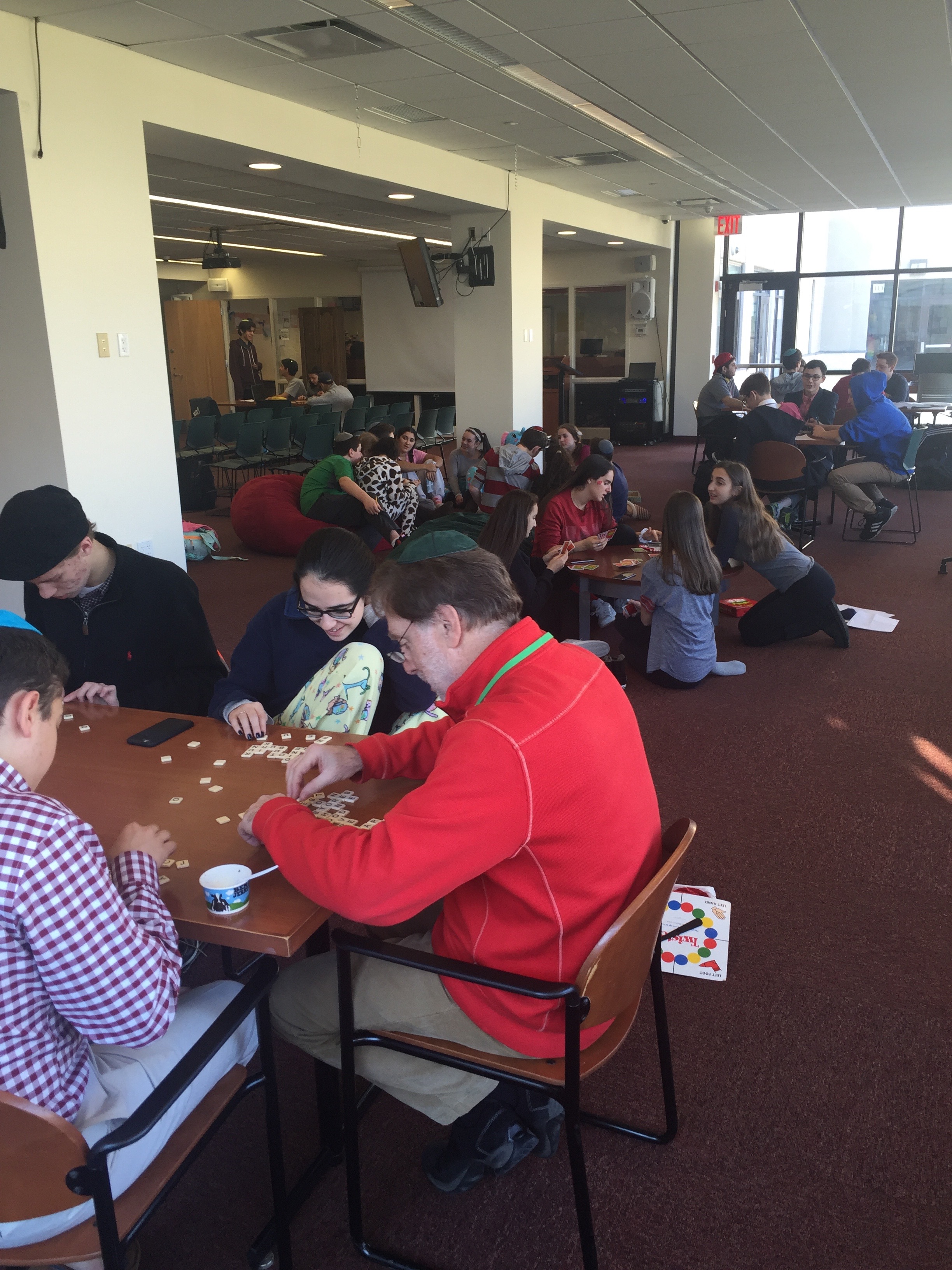 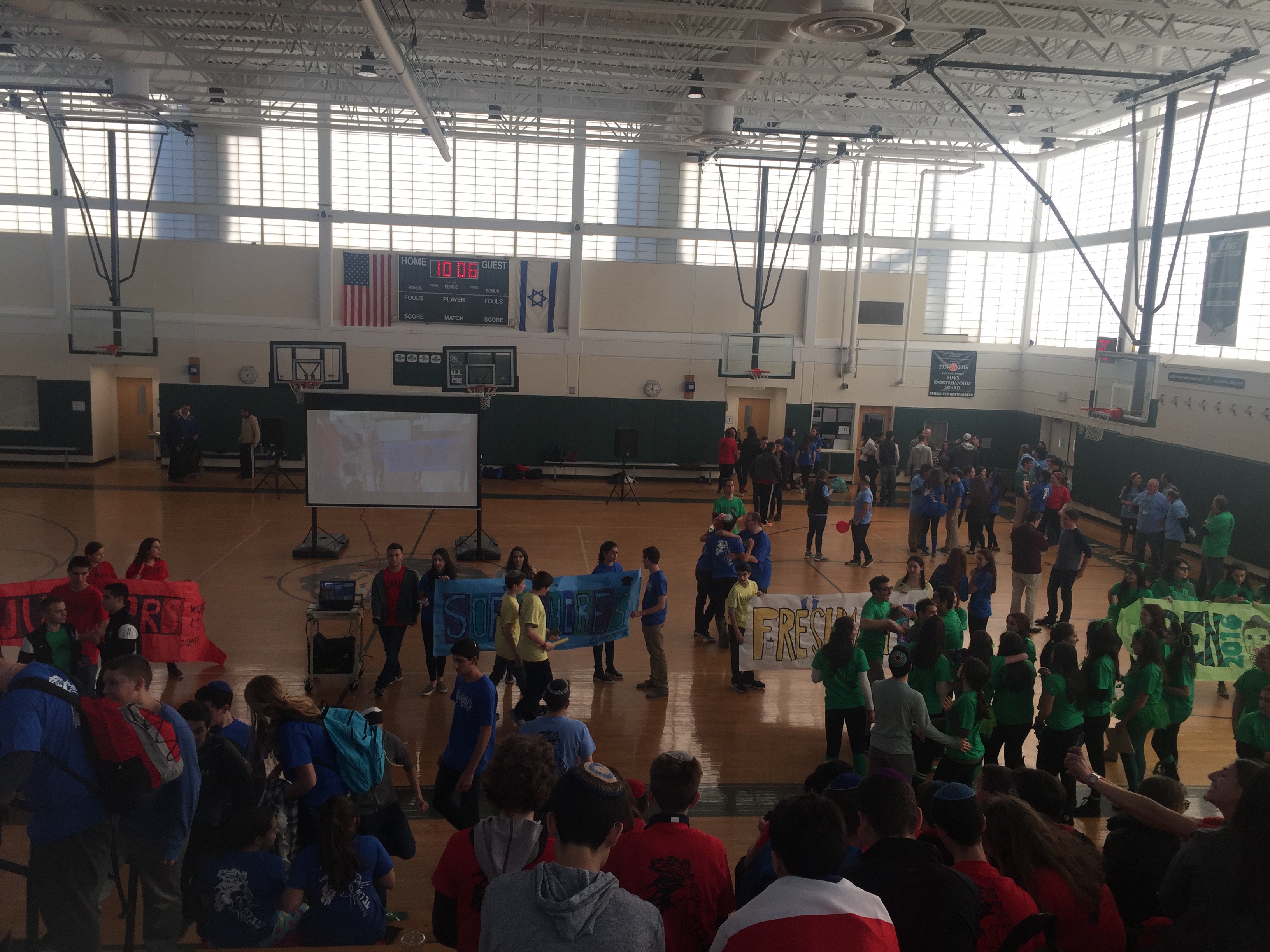 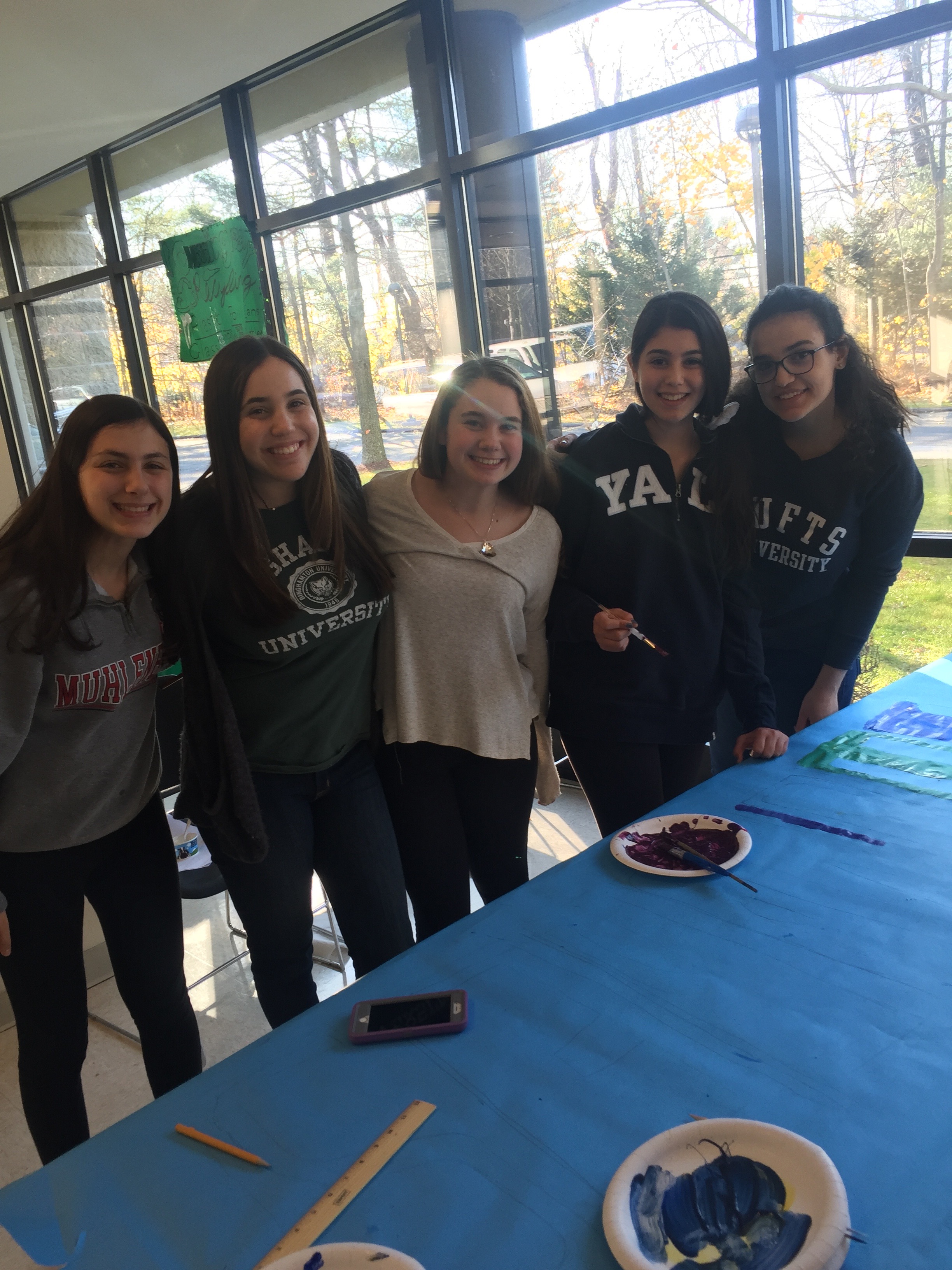 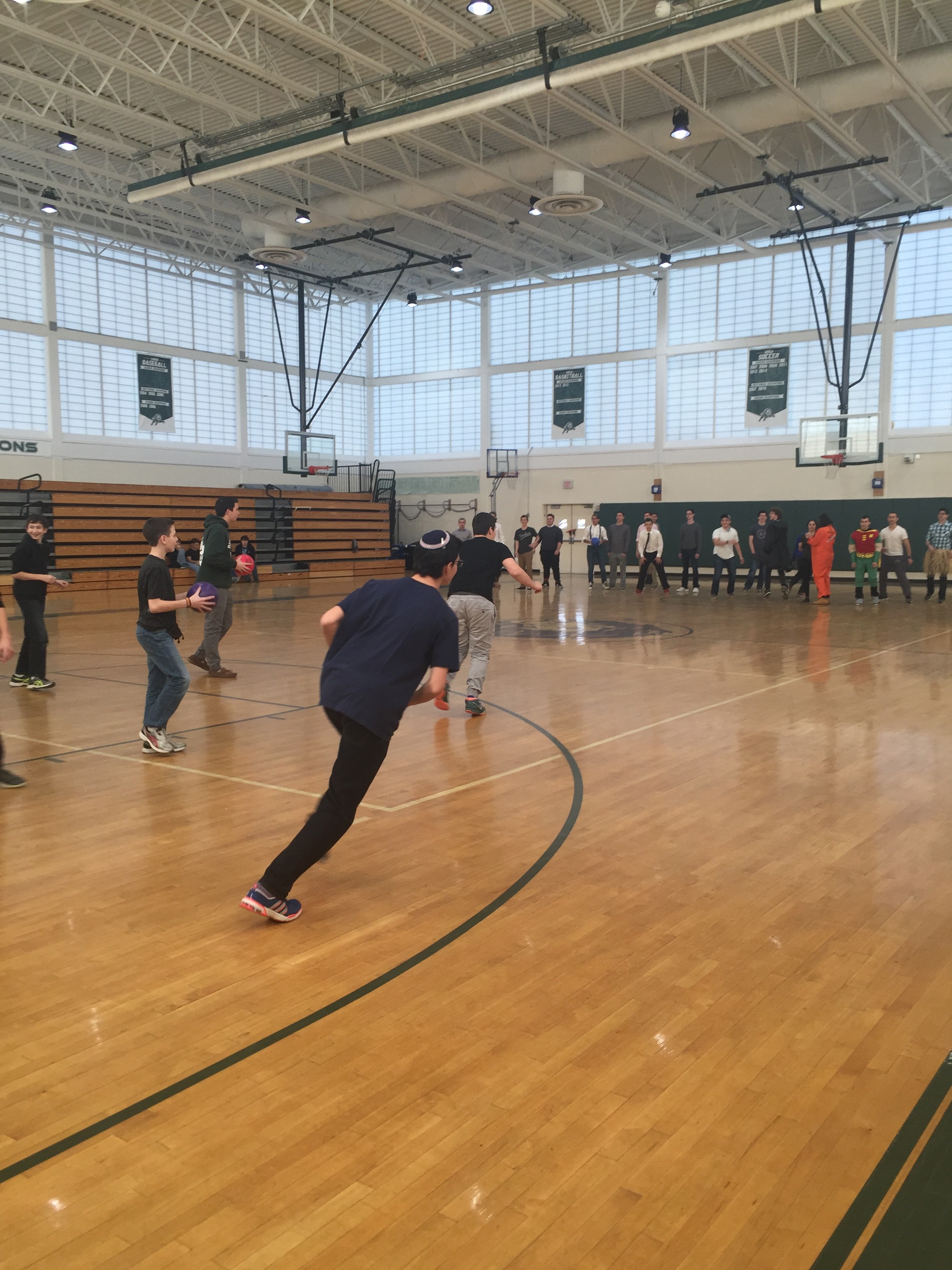 For the past three days, Schechter Westchester halls have been draped with tape, closely resembling the the classic childhood board game, “Life,” and students have come to school decked out in attire centered on one theme: “The Game of Life.”

This is the first time that Student Government has facilitated a weeklong theme for ShavRuach; in the past, each day’s theme was independently selected with no link between days to tie the week together.

Although a different theme was designated for each day, students dressed up in costumes that all fell under the umbrella of “Life.” On Monday, students in all four grades dressed up as their childhood dream job. On Tuesday, freshmen dressed up as babies for their theme, “Freshmen Babies,” sophomores dressed as “Sophomores in College,” juniors found their matches in “Junior J-Date”—in accordance to tradition—and the seniors expressed their seniority by dressing as “Senior Citizens.” Today, each grade dressed up in accordance to their grade-specific color.

On Monday, as the sounds of “When I Grow Up” from the Broadway musical, Matilda and “I Want to be a Rockstar” by A Great Big World blasted in the hallways, the entire high school of sports players, ballerinas and doctors gathered in the high school gym to witness an interactive African drumming performance from Cumbe Dance.

“I thought it was really important for us to see another culture and their practices,” senior Tovia Marinstein said. “It was fun to have a program that was interactive. Usually, we are just audience members, but we got to participate, too, which was a nice change of pace.”

Although some students seem to appreciate this brief glimpse into another culture, other students did not understand the connection between the Cumbe Dance performance and the theme of “Game of Life.”

“I don’t think it related to ShavRuach at all,” freshman Jordan Sanchez-Kremnitzer said.  “It didn’t bring us closer together or raise school spirit, and I didn’t really see a connection to the “Game of Life’ theme.”

On Tuesday, there was an abundance of noise in the halls as each grade came dressed in their respective costumes. The first floor was full of wailing freshman babies and senior yentas yelling at each other not to block the hall with their walkers. And on the second floor, while the J-Dates were trying to find a quiet moment to get to know each other, the sophomores interfered with their college cheers.

And to maintain the ruach, an afternoon class period was set aside to take part in various planned electives such as dodgeball, quidditch, banner-making and board games.

“I actually had more fun than I had expected,” sophomore Lily Hochfelder said. “It was really nice to be able to just hang out with my friends and play ‘Apples to Apples,’ and not have to worry about school work. It was a nice break from the daily school routine.”

On Wednesday, students parted from the established “Game of Life” theme and dressed up in accordance with tradition: freshmen in yellow, sophomores in blue, juniors in red and seniors in green. The day concluded with an “apache”-style school-wide relay race, in which the seniors took first place.

“I was watching [the relay] on livestream,” high school principal Eric Bassin said. “It looked like it was a lot of fun and got everyone in the school involved.”

Following the relay, middle and high school students and faculty and visiting alumni gathered in the HS gym for a concluding ceremony, where grades 6-12 faced off in a “Tug of War” tournament, Student Government representatives presented awards to the one or two most spirited students in each grade and the athletic department played a tribute video of the Boys Varsity Soccer season.

“I think ShavRuach went very, very well,” Esrig said. “I was very excited. It turned out to be so great.”